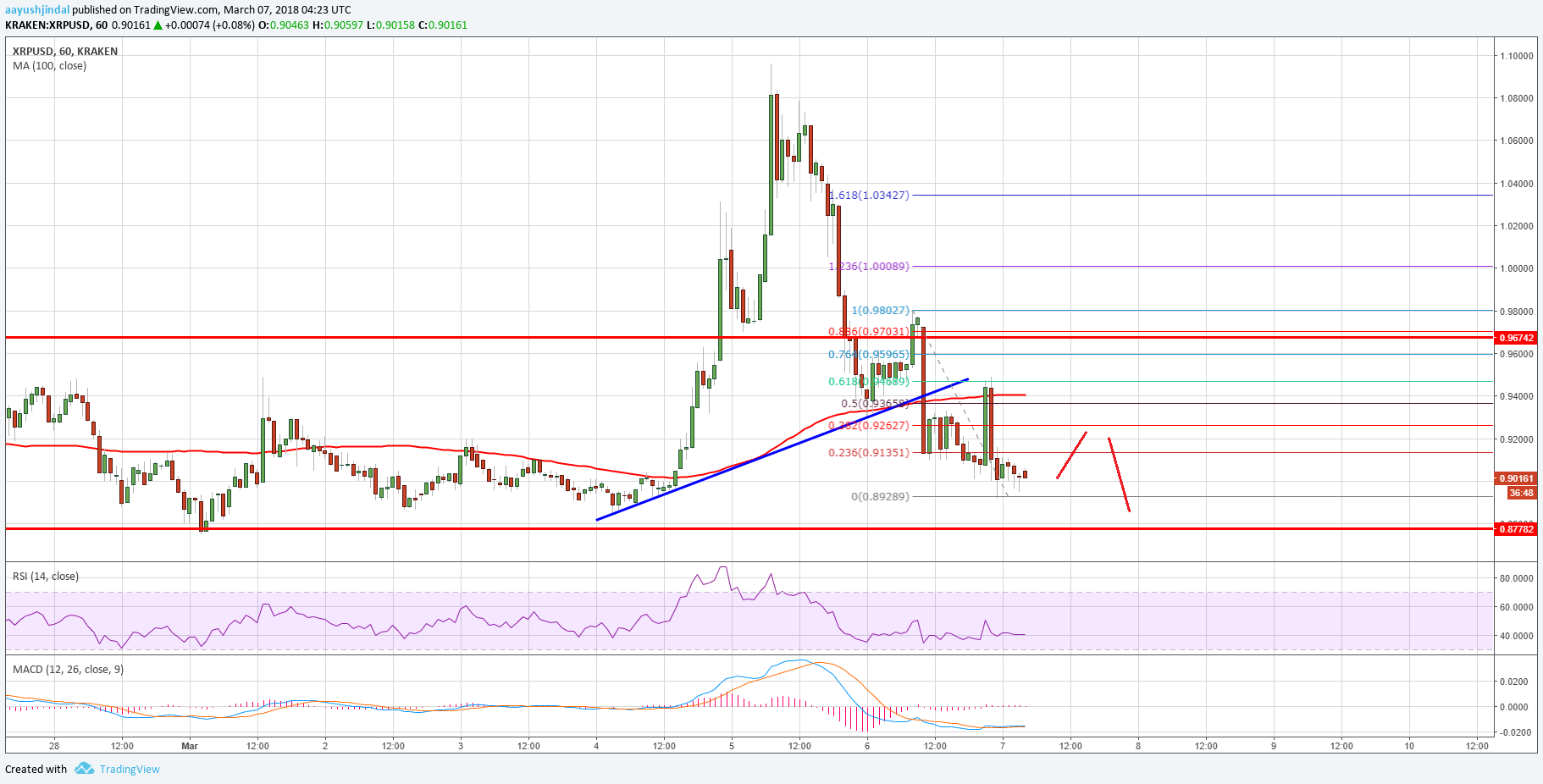 Ripple Price Technical Analysis – XRP/USD Back to Square One

Ripple price declined further in the bearish zone against the US Dollar and Bitcoin. XRP/USD may accelerate declines towards or below $0.8800.

There was no recovery above $1.00 yesterday in Ripple price against the US Dollar. The price extended declines and moved below a major support area near $0.9400. The decline was substantial as the price closed below the $0.9200 support as well. There was even a close below the 100 hourly simple moving average and the price traded as low as $0.8928.

On the downside, the recent low of $0.8928 is a short term support. A break below the mentioned level could push the price towards $0.8800. Any further losses below $0.8800 could be very bearish for XRP in the near term.

Hourly MACD – The MACD for XRP/USD is placed nicely in the bearish zone.

Hourly RSI (Relative Strength Index) – The RSI for XRP/USD is currently well below the 50 level.