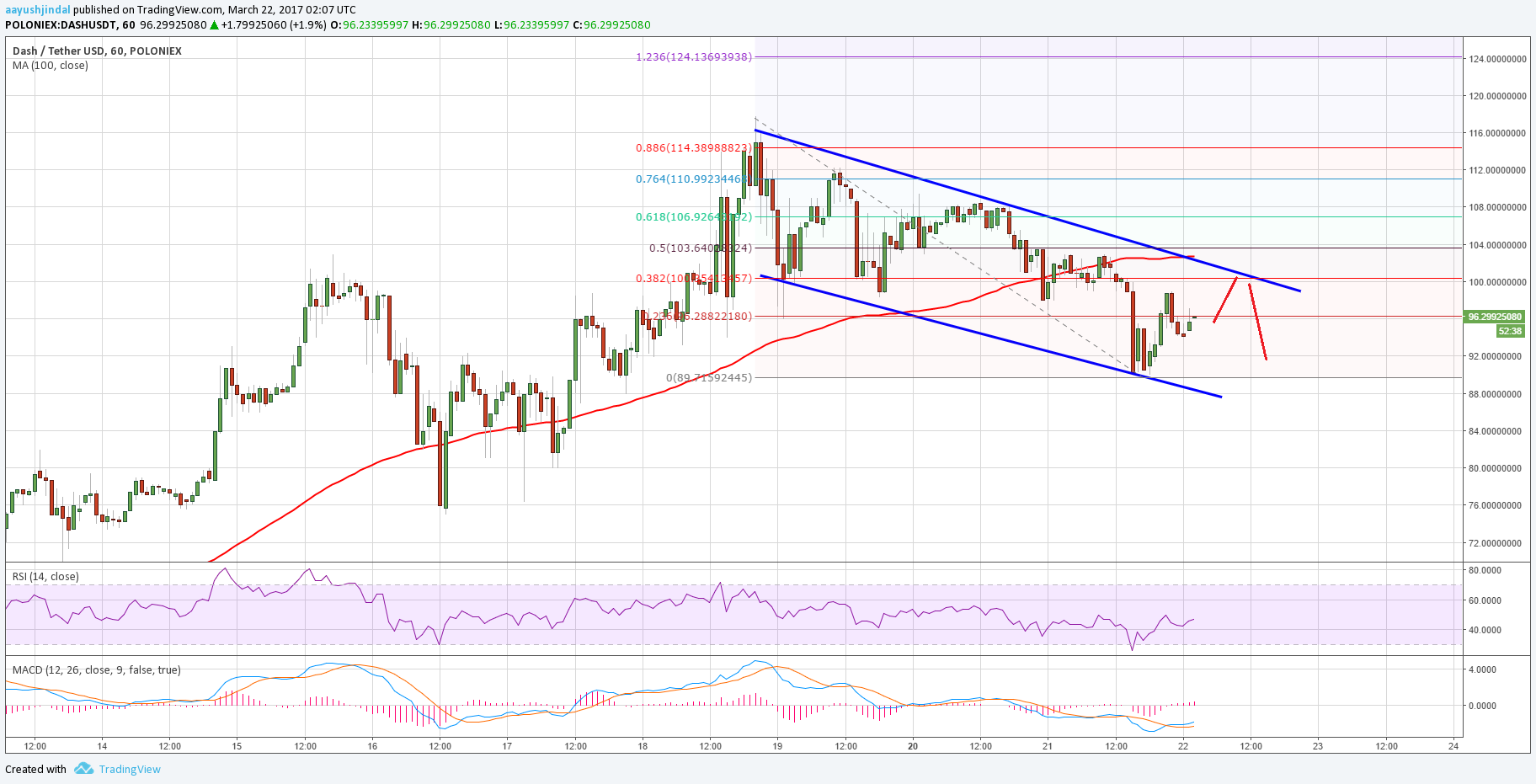 Dash price (DigitalCash) made a nice downside move below $100, and it looks like the DASH/USD pair might move down further in the short term.

Yesterday, we discussed that there is a chance of short-term pullback in Dash price against the US Dollar. The price did find sellers near the $110 level and moved down. There was even a break below the $100 level. During the downside move, the price also tested the 61.8% Fib retracement level of the last wave from the $76 low to $117 high. So, there was a technical close below the 50% Fib level of the same wave below $100.

It means there is a chance of another dip towards $90-88. The price at the moment is following a descending channel pattern formed with resistance at $104 on the hourly chart (DASH/USD, data feed from Poloniex). As long as the price is below the $104 resistance, it might decline further. On the upside, the channel resistance is positioned with the 100 hourly simple moving average at $105. Moreover, the 38.2% Fib retracement level of the last decline from the $117 high to $89 low is also around the same channel resistance. If the price moves higher it might face hurdle near $104-105. On the downside, the channel support is near $88, which might try to hold losses.

Hourly MACD – The MACD for DASH/USD is attempting to recover from the bearish zone.

Hourly RSI – The RSI for DASH/USD is now below the 50 level.