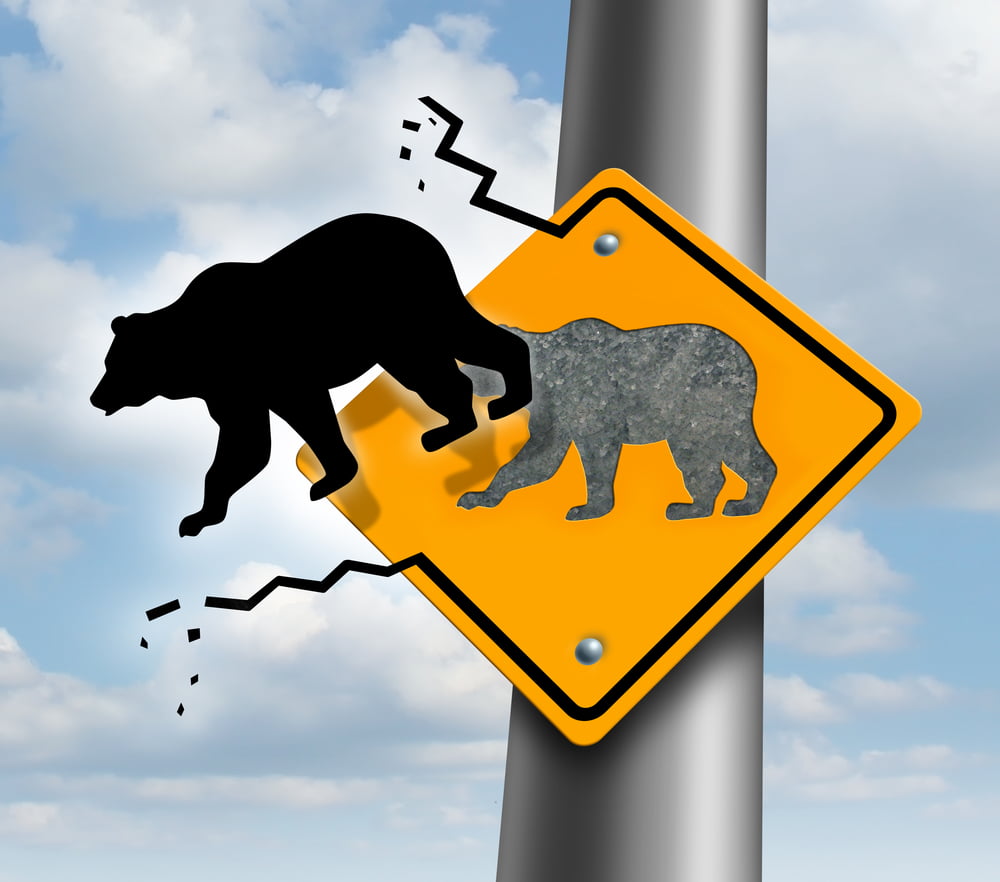 Bitcoin price is showing bearish signs below $18,050 against the US Dollar. BTC is now likely to continue lower and it could even trade below $17,500

After struggling to clear the $18,600 resistance, bitcoin price started a steady decline. A high was formed near $18,640 before BTC price traded below the $18,400 level.

The bulls seem to have lost control since the price is now trading well below the $18,500 level and the 100 hourly simple moving average. There was a break below the 50% Fib retracement level of the upward move from the $17,644 low to $18,640 swing high.

There is also a major bearish trend line forming with resistance near $18,380 on the hourly chart of the BTC/USD pair. On the downside, the $17,644 swing low is a short-term support zone. If there is a downside break below the recent low, there is a risk of a sharp decline below the $17,500 level. The next key support is near the $17,200 level.

If bitcoin starts a short-term upward move, it might struggle to clear the $18,000 resistance level. The first major resistance is near the $18,200 level.

Hourly MACD – The MACD is slowly gaining pace in the bearish zone.

Hourly RSI (Relative Strength Index) – The RSI for BTC/USD is currently well below the 50 level.