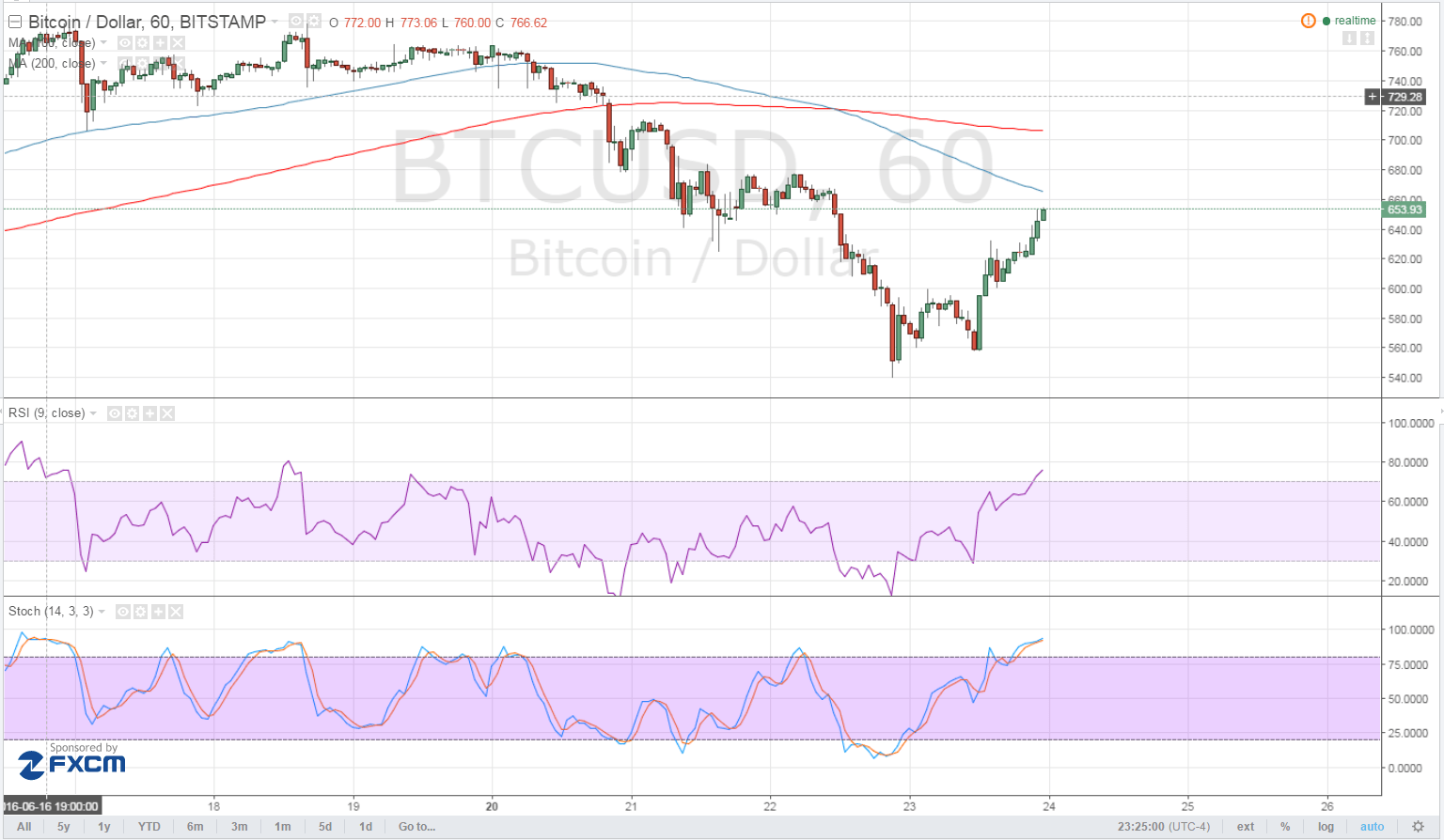 Bitcoin price has drawn support from increased financial market uncertainty once more, but technical indicators are suggesting a short-term drop.

On the 1-hour time frame, the 100 SMA is below the 200 SMA so the path of least resistance could be to the downside. Bitcoin price is approaching the 100 SMA, which might hold as dynamic resistance. This also lines up with an area of interest or former support around $660.

The main event that traders are watching this week is the EU referendum, which has been pushing bitcoin price action around so far this month. Surveys suggesting a lead in favor of the UK leaving the EU have supported bitcoin since this scenario would bring a huge amount of uncertainty in the financial markets, leading traders to pursue alternative investments.

The official results are set to be announced soon and so far the lead is in favor of a Brexit, leading to sharp declines for the British pound and European futures. This could spill over to the rest of the global markets, as weaker economic activity in the European region could weigh on demand for commodities and trade activity in other parts of the world.

With that, bitcoin price could be poised for further upside in the event of a Brexit, possibly even pushing past its highs this month and creating new ones closer to $800-900.

Tags: bitcoinbitcoin pricebitcoin technical analysisbtcusd
Tweet123Share196ShareSend
Win up to $1,000,000 in One Spin at CryptoSlots