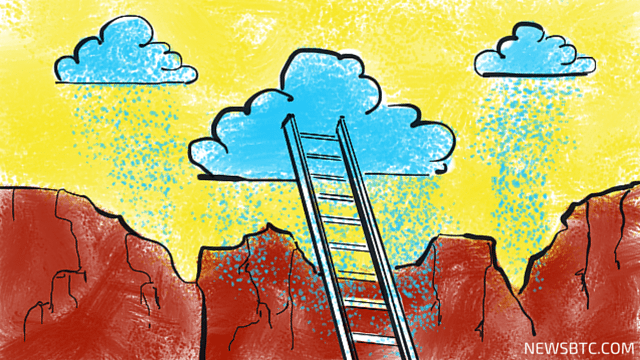 Bitcoin, the world’s favorite cryptocurrency has surged from $640 to $720 in the past one week. The digital currency has been exhibiting some promising trends this year, in spite of facing drastic setbacks following multiple hacking incidents. As Bitcoin price continues to rally upwards, the expectations for the digital currency’s performance in the coming year is at an all-time high.

It is speculated that the Bitcoin price will touch $1000 in 2017. Few factors that may lead to over 40 percent increase in the price are:

Bitcoin is increasing being used as a medium of value exchange than a financial instrument for long-term investments. Even though the cryptocurrency was originally created for the purpose of value exchange, the constant appreciation of Bitcoin has resulted in a deviation from its use case. However, as people increasingly start using Bitcoin for purchases the amount of Bitcoin traded on exchanges will significantly decrease. Low liquidity on exchange order books will lead to increased demand among traders which in turn will lead to an increased value. Also, the implementation of Segwit into Bitcoin Core recently may soon make Lightning Network a reality, which will bear a strong influence on microtransactions.

The gradual increase in Bitcoin adoption is no secret. It is influenced by increasing mainstream acceptance and the implementation of regulations by various governments across the world which has increased its credibility as an alternative to fiat currency. As more people start using Bitcoin, its limited supply will spread the digital currency thin across all users. This will, in turn, create excess demand resulting in increased Bitcoin price.

Being an open source, decentralized peer to peer currency, Bitcoin has certain advantages over fiat currency. The digital currency is immune to capital controls and other forms of restrictions generally imposed by governments and central banks on fiat currency. At the same time, the finite supply of Bitcoin also offers a promise of better value in the future. These two factors have made Bitcoin the most favored investment vehicle. It is worth noting that the recent surges in Bitcoin price have been associated with increasing interest among investors due to depreciating Pound Sterling and Chinese Yuan (as an alternative investment option). As long as the governments and central banks continue to impose their will on fiat currency, Bitcoin will be in demand as an investment option.

Increasing long-term investment in Bitcoin will lead to hoarding, which again will create more demand.

Bitcoin exchanges and trading platforms play a huge role in influencing the price of Bitcoin. Traders continue to speculate and execute profitable trades, which will artificially lead to an increase in Bitcoin price.

So far,  2016 has been a good year for the digital currency. With two more months to go and lots of improvements in store for the Bitcoin network, it is quite possible for Bitcoin price to hit $1000 sometime in the next year.

Tags: 2017bitcoinBitcoin Newsbitcoin pricefuture outlookNewsOpinion
Tweet123Share196ShareSend
Win up to $1,000,000 in One Spin at CryptoSlots