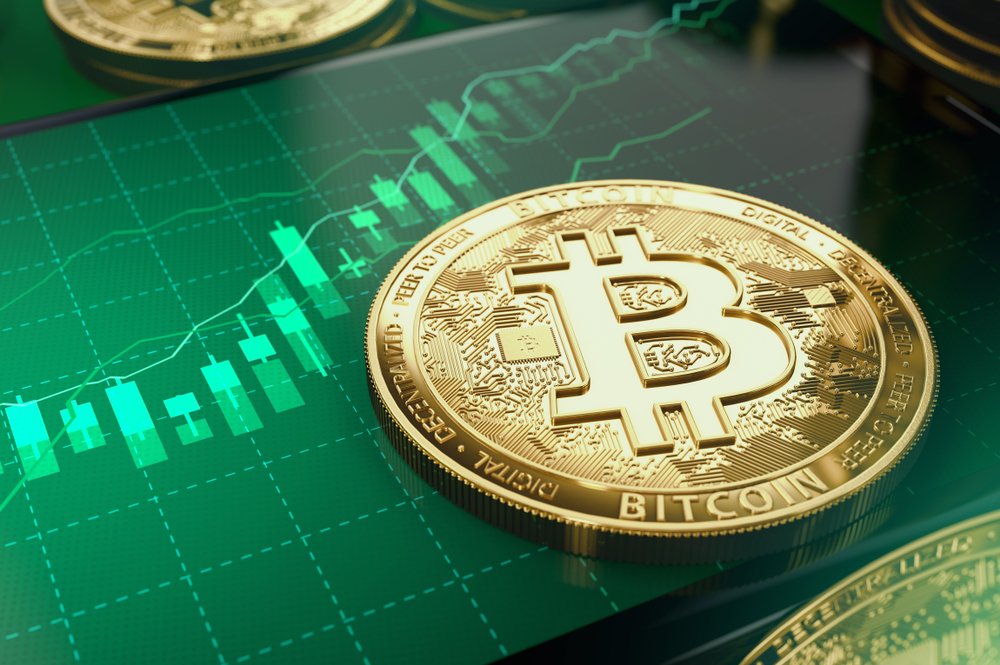 There is only one king in cryptocurrency, and that is Bitcoin (BTC). According to Tone Vays, altcoins—as history shows fail to weather the test of time, sinking expectations with it. Meanwhile, Bitcoin is firm, leading in valuation and dominance proving over and over again that it is a market leader. At spot rates, it is up 4.5 percent from last week’s close.

While Bitcoin’s founder is still in the dark, applying all tricks to remain anonymous, his creation is at the center of a revolution. Thanks to his work, we now have blockchain and decentralization that will not only diffuse power but create a safe avenue for adoption companies to secure their data.

Concurrently, end users are confident that their details are secure, accessible and above all, private as needed. Bitcoin, as it is, operate on the premise of complete decentralization and as the first of the kind truly trustless network, the world’s most valuable coin now has the praise of Tone Vays. A supporter of technology, a trader and an analyst, Tone believe that:

“Bitcoin is different. It’s already: Fast enough, anonymous enough and, cheap enough. Today its greatest asset is the fact that it is the only trustless project that exists in the world & that is what gives it its Decentralization & Financial Valuation. The OTHERS are STATUS QUO.”

4/4 #Bitcoin is different, it's already:
Fast enough
Anonymous enough
Cheap enough
Today its greatest asset is the fact that it is the ONLY Trustless project that exists in the world & that is what give it its Decentralization & Financial Valuation. The OTHERS are STATUS QUO

All this is firmed up from the fact that pioneer altcoins are no longer existent while Bitcoin, despite all the headwinds remains stellar, resilient and gaining traction with a straightforward objective of being reliable peer-to-peer electronic cash. 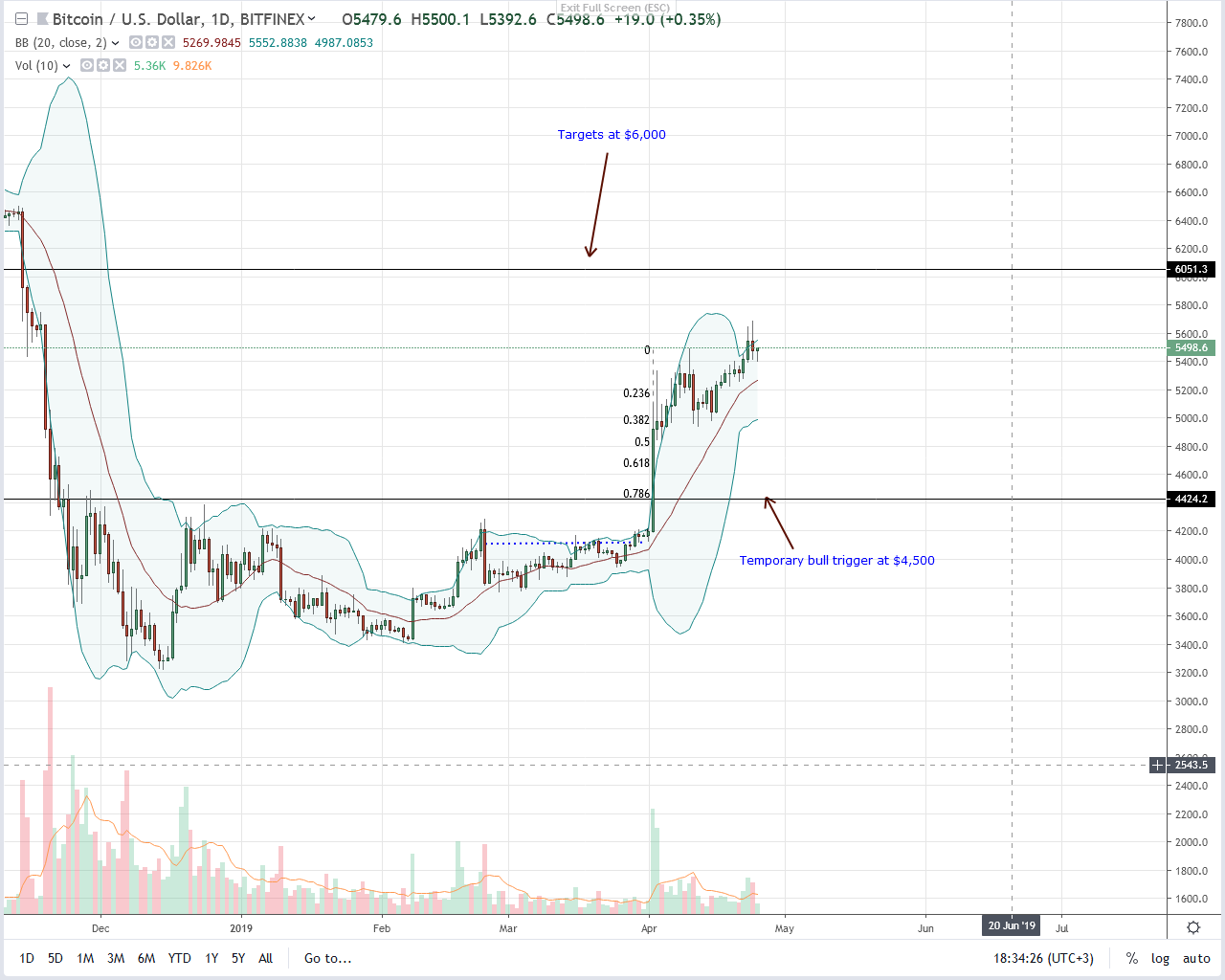 At spot rates, Bitcoin (BTC) is up 4.5 percent in the last week and the second top performer in the top-10 after Binance Coin (BNB). Despite yesterday’s scare, the coin is technically in an uptrend and firm above $5,500, an intermittent resistance level.

As it is, both set of traders—risk-averse and risk-off, should load up on dips. Note that there is a double bar bear reversal pattern correcting the over-extension of Apr-23. Though prices may dip, traders should remain upbeat as long as prices are first of all, trading above $5,000.

For risk-off traders, BTC above Apr-11 highs is bullish. Therefore, unless otherwise, there is a slide below $5,300, there is another opportunity to load up with target at $6,000 in line with our last BTC/USD trade plan.

Our anchor bar is Apr-11. As a bearish candlestick, it is at the back of high transactional volumes—19k. For trend continuation, BTC prices must expand above Apr-23 highs with equally high volumes exceeding recent averages of 9k and 19k of Apr-11. If possible, the breakout bar should be wide-ranging, retesting $5,800 signaling trend continuation.

Tags: bitcoinbtcTone Vays
Tweet123Share196ShareSend
Win up to $1,000,000 in One Spin at CryptoSlots